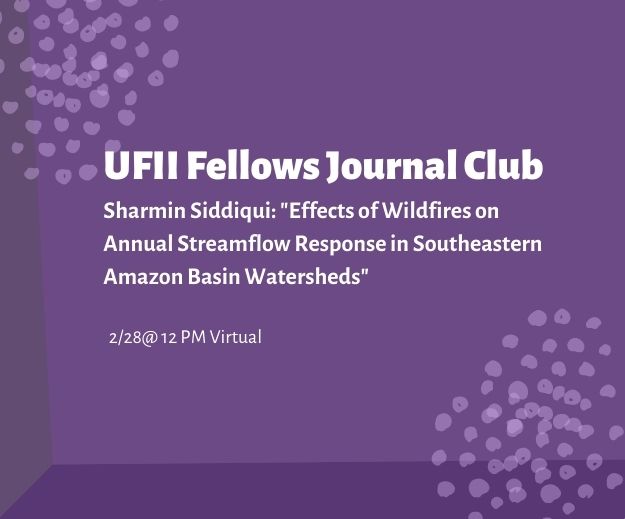 Amazon rainforests are directly tied to the regulation of atmospheric, hydrologic, biotic, and socio-ecological systems at the local, regional, and global scale. These systems are also facing unprecedented change in the form of deforestation, climate change, infrastructure development, and accelerating fire regimes. Forest disturbance can alter river hydrology, with changes in streamflow magnitude, baseflows, and peak flows. Furthermore, fire hydrology interactions in tropical basins are relatively understudied compared to temperate basins. This study uses a multi-tiered analytical approach to relate the landscape-level disturbances of deforestation and fire to hydrologic change in the southeastern Amazon ‘arc of deforestation’ and assesses spatiotemporal scales over which fire alters riverine hydrology. Three distinct methods were used to relate cumulative burn proportion to rainfall runoff ratios (QP) at the monthly and annual timescales. First, a before and after control impact (BACI) approach was applied to control (no fire) and experimental (fire-affected) catchments in the Araguaia-Tocantins basin. Results of the case studies indicated ambiguous results, where post-fire basin yield slopes would be either lower or higher than nearby control groups. Next, linear regression models were applied to all study catchments (n=81) to determine the relationship between cumulative burned area and monthly QP. The results from the linear regression analysis suggest that dry season months tend to have a stronger relationship between fire disturbance and streamflow response compared to wet season months. Wetter months also tend to have higher variability and lower correlations. This relationship is even more pronounced when disaggregated by land cover, where the relationship between cumulative burn fraction and QP may diverge in drier months and be more in accordance in peak wet season months depending on watershed land cover type. This dataset was also used to determine the distribution of changes in QP ratio as a function of years since fire disturbance, where results indicate that more recently burned catchments exhibit greater changes in QP compared to control and recovering catchments. The control group and disturbed group were found to have negative changes in QP ratio for all fire disturbance thresholds. Years following disturbance tend to have net increases in QP for all thresholds. Two years following fire disturbance changes in QP decrease, while three to four years later have higher variability. The results from this study fit into a larger body of work on fire hydrology in the tropics and find that at the medium to large catchment scale, there is mixed evidence for increasing  QP ratios following fire events. These results highlight a variable catchment response to landscape-scale disturbance and contradict our expectation that larger burns are associated with higher QP ratio. The results from the monthly QP regression analysis provide evidence of seasonal controls on the effect of fire on QP ratio. In looking at changes in annual QP over time, increases in QP tend to occur one year after a fire, acknowledging a general decline in QP over time across nearly all catchments. These findings may support river management decisions when accounting for multiple stressors (climate, dams, land cover change) behavior during dry and wet seasons. Overall, these results contextualize the effects of fire and deforestation (relatively low) versus climate (high) on hydrologic response at the catchment scale, especially for catchments with low to moderate (<20%) treatment effects. 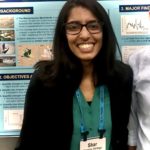 Sharmin Siddiqui is a PhD candidate in the Watershed Ecology Lab and Department of Environmental Engineering Sciences at the University of Florida, advised by Dr. Kaplan. Sharmin’s research is focused on the effects of shifting fire and flooding regimes on the stability of Amazonian forests and river networks.

Registration Below. Instructions to attend talk via Zoom will be emailed to you.